This is something that’s bothered me, and I’ve wanted to write a post on for a while now. I talk a lot about how amazing the online writing community is, and they really are. Where else can you meet so many awesome, nerdy people from all around the world who love the same things you do?

I’ve never seen another group of strangers be so supportive for each other and be so united, without ever having met. A lot of times, the #amwriting community is what gets me through the day, or what makes me keep going when I don’t want to, or keeps me from giving up hope.

The online writing community and those connections are very important to me. So I find it really frustrating, especially as I’ve become more involved and gained a larger presence online, to find more people solely concerned with what they can get out of you.

I rarely unfollow people, but it’s usually for the same reason I choose not to follow someone in the first place. If their feed is filled with mindless RTs, links, and promotions, I’m not going to follow them. To me, that’s not really contributing anything, but more screaming Look at me! Buy my book! I want to make real connections, not scroll through a bunch of links and tweets that could have been posted by robots.

Recently, I had apparently unfollowed a certain user at some point, and they left me a nasty comment trying to make me feel like a bad person for doing so. It certainly made me feel icky, but not for the reason they intended. I didn’t feel guilty, I just felt attacked. There was nothing personal about it, but they had made it personal. If we never connected, never talked, and there was nothing genuine there, why would I want to follow them?

Similarly, I’ve had several users with massive numbers follow me more than once, meaning they had followed, unfollowed, and followed me again (sometimes three or four times), without recognizing me and probably without ever knowing who I was. Clearly, there was no real connection there, I was just another stat to add to their numbers.

Another thing I’ve noticed is how many of these accounts simply RT and follow those on the #amwriting or other tags, without even seeming to read the tweet or notice the person. I’ve seen these accounts RT inappropriate and completely unrelated things, simply because they were tagged with the #amwriting tag, usually because it was trending. In that case, do those RTs even mean anything?

Obviously, no group is going to be perfect, especially when the internet is involved. But sometimes it just leaves me with an icky feeling, rather than the usual warm and fuzzies I get from the #amwriting community. To these people, you’re more important as a number than as a person.

There’s nothing wrong with having a lot of followers, or following everyone back. But I’ve become a lot more conscious on who I choose to connect with, and what their motivations are.

The online writing community can be whatever you choose to make it, and what you want to get out of it. I feel like those who are obsessed with followers and RTs, just for the sake of followers and RTs, are missing out on all the best parts. The #amwriting community isn’t just for gaining influence, building an audience, and selling books. Actually, most evidence has shown that social media isn’t a huge boost to book sales.

The best parts are everything besides the numbers. The awesome people, the friends, the diversity, the connections, the networking, the business opportunities, the support. Really, would you rather have all of that, or a whole lot of numbers that in the end, don’t actually mean anything?

So I just got back from DFWCON! Which explains why I have been a little MIA. It was my first conference ever, and was a complete whirlwind. I am so exhausted (dead) I really don’t even know how I am functioning right now (I’m not)…and I’ll probably pay for it by taking a week to recover. So worth it though.

First, I will talk a little about Pitch Slam, which I participated in a week or so ago. Mainly, I learned not to listen to feedback. What? Let me rephrase that. Especially being new to the whole publishing process, I think I know nothing and that anything other people say (especially credible “experts”) is gold. It’s not. Feedback is great. You need it. You need to get out of your bubble and get fresh eyes and have someone tell you all the parts that don’t make sense or could be better or just plain suck (hopefully they don’t say suck). But I learned not to take it too seriously. It is still just someone’s opinion.

The best example of this is that prior to the contest, I got a free critique by an author. She told me she thought my pitch was perfect, and nitpicked some things about my first 250 but they were very constructive and helpful. I felt pretty confident going into the contest. Then I got my official Pitch Slam feedback. They called my pitch “disorienting” and “hard to imagine.” And then in the second Pitch Slam round they were much more positive about my first 250 (I think it was another person).

I also entered my query into an online query critique workshop, and had feedback ranging from “I love it” to more or less “throw it out”. I literally had someone tell me I’d never be able to get an agent (seriously?). And, by the way, if anyone ever gives you feedback like that, really don’t listen to them. I’ll be honest, that one hurt (and I’m not sensitive about critique), but I don’t think that ever needs to be said, or is ever true! Everyone has a chance, a lot of it is just luck and timing.

I’m sure you’ve heard this a dozen times, but it’s really all subjective. There are rules, but they’re not laws. And besides, rules are meant to be broken 😉

DFWCON. Wow. Honestly, I had no idea what to expect with my first conference. It was overwhelming but so eye-opening and educational and fun! I think the first day I was overstressed and overthinking it, and wasn’t able to enjoy it as much. Now I wish I could rewind and do it all over again, because I really just loved it. I could probably talk about this for days, but here’s the highlights.

My pitch went well! Got a request for a partial from the agent, so I am frantically trying to perfect my first pages and query. I was also able to talk with her more during lunch and around the conference, and feel like I made an impression. She remembered my name, so I’m hoping that will help when I query her! I made some great connections. Which, really, is what conferences are about. The workshops/panels were great (They had some fantastic authors/editors/speakers. Donald Maass is unbelievable) but I feel like you can kind of learn a lot of that stuff elsewhere. Conferences are really one of the only opportunities writers have to connect face-to-face. And I think becoming a part of the writing community is so important, no matter what stage of the process you’re at.

These are some of my favorite quotes I jotted down from various speakers:

“It took me one month to write it. It took me a year to make it a novel.” Bob Stewart

“Send your protagonist over the edge.” Donald Maass

“What stops a lot of people writing is the belief that everything has to be perfect.” Jonathan Maberry

There were a ton of super memorable moments and wisdom nuggets, but my favorite was Donald Maass’ closing remarks (his character workshop was also fantastic, I wrote five pages of notes). I actually teared up it was that good. He talked about something I firmly believe in–that the best books have something to say. There are endless tips and tricks and techniques for being successful as a writer, but that’s what it boils down to. Write a great book first. Books are so, so, so powerful. A lot of times we underestimate ourselves as writers, and the impact we can have. We have the power to change the world, literally.

To sum it up, I’ll leave you with this from his closing remarks:

“Quit just trying to be published. Let’s change the world.” 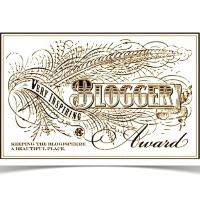